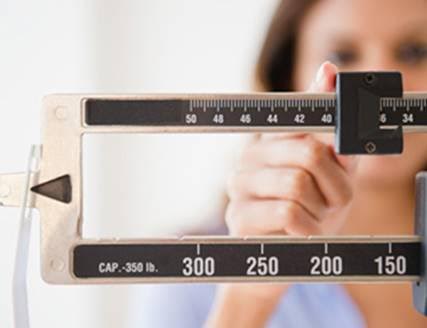 Few things in biology and medicine are predictable without research. If they were, we could sit under trees, think deep thoughts, and come up with the cure for cancer. We can’t and we won’t.

A study published in the journal Obesity this past week has confirmed, yet again, what we have known for years: going on a weight loss diet makes it far more likely you will be heavier in the long run. In the study, contestants on the reality television program The Biggest Loser were followed for several years after rapidly losing large amounts of weight through intensive diet and exercise. The results were devastating.

Edited by Peter F. Nichol MD/PhD. Associate Professor of Surgery at the University of Wisconsin School of Medicine and Public Health.
The contestants were certainly doomed to failure – the weight loss program was completely unsustainable once they went back to their real lives – and stories of the contestants regaining as much or more weight than they had lost have been in the media for years. But worse than simply failing, this study showed that these people have actually been harmed. Their metabolism had slowed severely, making it nearly impossible to maintain their previously excessive weight, and making it likely that they will end up heavier.

Anyone struggling with excess weight will tell you that the more they lose the more they gain. These findings weren’t really a surprise to anyone who understands obesity. Moreover, this is not just a result of the speed at which the Losers lost, as many so-called experts would have us believe. In fact, this phenomenon has been shown in many studies. For example, in a large study of teen aged twins, those that went on a diet were far more likely to become overweight by the time they were in early adulthood than their non-dieting sibling. Young wrestlers who repeatedly drop weight to match class are much more likely to be overweight in later years.

Biological control of weight is one of the most complex of systems. For example, there is not one single target nerve or hormone for decreasing appetite; there are multiple, and the system is quite resilient, with multiple compensatory mechanisms. If one aspect of the system is suppressed, the others ramp up their activity. Further, we have just begun to understand how the body regulates metabolism, and it is proving to be even more complex than we ever conceived.

But shouldn’t people try to lose weight, when in fact thinner people are healthier?

The answer is a squeamish “maybe”. There are people who, if they eat more healthfully and increase their activity level, may lose weight in the long term. And there are often a small percentage of participants in weight loss programs and research studies who keep it off. But we don’t yet know how to identify those for whom these interventions will be long-lasting, so applying them to everyone creates far more harm than good.

Should we give up exercise and eating healthfully? Probably not. But the uncomfortable fact remains: we physicians are honestly not as sure as we would like you to think we are.

Now that this weight loss-related phenomenon has the credibility that we attach to celebrity, perhaps we can engage in a responsible dialogue about the irresponsible guidance even we experts are offering patients.

Losing weight has the potential to harm people by increasing their likelihood of weighing more over the long run, which is likely to mitigate against any short-term benefit. But this is only the beginning of the harm. We have been duped into believing that losing weight is just a matter of self-control. So anyone not able to will themselves thin is, by default, a failure, lazy, and stupid.

As I’ve written previously, it is absolutely not just a matter of will. It that were true, the many highly motivated overweight people in the world would be able to lose weight. Inaccurate beliefs about obesity being a matter of self-control lead to frightful bigotry.

One needs look no further than the commentary after my essays about this issue, about which I do have some expertise. They have been vehement and vicious (“Obesity is primarily caused by overeating which is a sign of ignorance and a lack of self-discipline”. “A bunch of hogwash. Obesity in most cases is caused by poor habit… An article like this is a disservice to the obese people”. “No, obesity is NOT a ‘complex medical condition’. You eat too much and you got too fat… If you are fat, 9/10 it’s your fault.”)

It isn’t just the dietary supplement salesmen, the poorly regulated weight-loss programs, and the food industry providing false hope to the obese. Weight loss recommendations, even from we experts generally don’t work.

In the scientific literature, a successful weight loss program is one that results in only 5% loss over a year, not in achieving lean or ideal weight. There are certainly many who have argued that the patients in the Loser studies were not representative subjects since they lost the weight too fast. And there are those who are responding with anecdotes and personal stories of great successes using their favorite program.

But anecdotes are not objective evidence and are not proof of a cause and effect relationship. Basing our recommendations on these stories ignores all of the objective studies that support that this metabolic reaction to weight loss occurs, and that the majority of participants regain weight after losing it by any means.

So perhaps, when our “expert” advice doesn’t really work, and when we are likely to cause more harm than good, we nutrition experts should start singing a different tune.

The research on the health benefits of losing weight is itself rather weak. Short of bariatric surgery for those with severe health risks, the goal should be healthy eating, an increase in activity, and prevention of further gain. We certainly need to stop sending the Nancy Reagan message of “just say no” to those extra calories and change our messaging so that people understand that obesity is indeed a disease – one with poorly understood causes and even more poorly effective treatments.

It is time we stop blaming the victims and offering ineffective advice, and focus on what is needed: a better understanding of the cause of obesity and better ways to treat it.