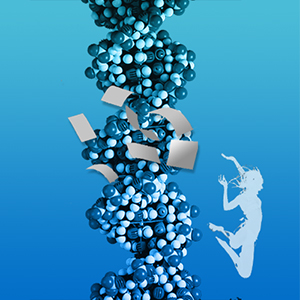 A few years ago, the government in its inimitable wisdom, decided that computerizing medicine would cure all of the ills medical care was facing, from illegible doctor handwriting to medication errors.

They implemented a significant financial penalty if the doctor or hospital did not install an electronic medical record (EMR). The penalty was not excused just by installing and using the software. The provider had to document that it was being used for certain processes – so called “meaningful use” – that were supposed to prove it was being used to improve patient care.

We humans have a hard enough time communicating with other humans, let alone with computers. So, not surprisingly, serious issues with how we interact with EMRs are prevalent. One in particular is that our ability to reliably collect accurate data and record it in a computer is far from adequate. Moreover, in building EMRs, rules have been put into place which drive user behavior and which may cause errors.

As we have written about in prior posts, there is still no substitute for error-prone humans in the equation, but we humans could use some help. However, enthusiasm is no substitute for reality. EMRs are still not ready for prime time.

EMRs depend on humans to observe and record what is happening to the patient. This means that the harried clinician has to remember everything that transpired related to each patient they are caring for. You can be sure that the irregular heart beat or low

blood potassium, both of which might be quickly fatal, are recorded more reliably than whether the patient mentioned that they were a little nauseated, which is pretty low on the hierarchy of urgency.

This phenomenon most certainly preceded EMRs, and some of the functions in EMRs are supposed to remind the practitioner to think of the multitude of big and small things that might happen to their patient. But even these potentially serious issues are still omitted with an alarming frequency.

Computers aren’t yet able to think or communicate like humans. Nor do humans think or communicate like computers. Computers don’t yet fully understand nuance, culture, and context. Moreover, humans often don’t recognize when nuance, culture, and context color the meaning of our communications. Logical rules are firmly fixed in computers, with uniform assumptions driving decisions. In humans, logical rules are fluid and assumptions individual.

Spoken and written language is complex. Humans have a hard enough time understanding each other so it should be no surprise that we have an even harder time boiling down our communications into a format a machine can usefully process. The meaning of individual words can be quite variable, and the number of synonyms for an individual concept may be quite large. Take for example the word mole, which may be a small burrowing mammal, a type of skin marking, or a spy. Conversely, take a concept described by multiple synonyms such as submarine, hero, gyro, hoagie, grinder, torpedo, steak and egg, poor boy, sub, Italian sandwich, and wedge, which are all names for a sandwich made with a long soft loaf of bread sliced longitudinally. Grab the thesaurus.

Now imagine the communications surrounding the complexities of caring for a sick person. Here is an example from my specialty, using what is rather typical medical gobbledygook. A gastrojejunostomy (gastro = stomach, jejuno = jejunum, ostomy = hole) is a surgical procedure in which a connection is made between the stomach and the small intestine.

But a feeding gastrojejunostomy is a tube for feeding that passes through the stomach and into the small intestine. The term may refer to a tube placed through the nose, or it may be placed through a hole made into the stomach, and passed down into the small intestine. Now, doctors love abbreviations rather than using long Latin terms. So you will find “GJ” written in charts and meaning any one of the three definitions above.

To further illustrate this point, we have been studying the process of data entry into EMRs, and the results have been rather concerning. In my lab, we are interested in doing a better job of describing the complications occurring while people are being fed artificially.

We went to the EMR to see what we could learn.

First we queried the coding data. These codes are created by a system designed to capture the myriad diagnoses that a patient might have during a hospital stay. These diagnoses are reported to the insurer to help justify payment for the hospital stay, and are used for research such as ours. They are captured using a hybrid of key word searches and humans reading the charts.

Once we had the coding data, it occurred to us that we needed to ask whether this was an accurate depiction. We took on the arduous task of reading through a number of the charts of those patients who did not receive the diagnoses we were seeking. The incidence of complications found when reading the charts was double that reported in the coding search. This was alarming. So we took one more step.

Thinking that it might be more accurate, we sent medical students to speak daily with the patients, their families, and their nurses, to see what happened to patients on an ongoing basis, and to review the charts to see whether the events were recorded.

Again, we were astounded to find that the incidence of complications was twice that recorded in the charts, and four times that found by searching the coding data.

The big data folks will argue that massive amounts of data will help overcome some of these issues with collection, but this doesn’t help the individual patient. Besides, the basic principle of garbage in = garbage out still applies.

While things are improving steadily, and with continuous modifications and fine tuning to EMRs, there will still be a time in the life of every EMR installation or update, and in the careers of practitioners new to any system, in which hidden rules may both drive behavior toward unrecognized errors and create unintended actions.

For example, the template for a note recording the day’s events for a patient may have several check boxes for recognizing common occurrences and making documentation easier. Less common occurrences may be hidden in an annoying several-step drop-down menu, often resulting in these being documented less frequently.

Similarly, a rule might automatically block an order if certain conditions exist. If the notification is missed, as may happen given the number of notifications these systems generate, the patient might go without a needed medication or test.

The obvious conclusion is that computerized medical records have certainly improved the problems associated with doctors’ illegible handwriting. However, they are far from being ready for prime time.