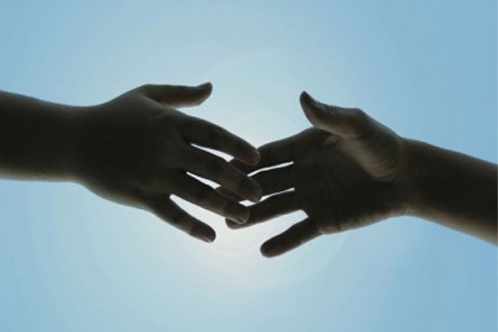 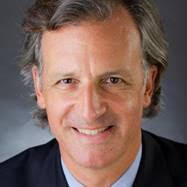 On one of those disgustingly hot and humid New York summer days a couple weeks ago, I was climbing the stairs out of the subway. On the landing, in their mostly synthetic uniforms and bulletproof vests, and looking as if they were about to turn into pools of melt, stood three police officers. They were stationed there to perform random checks of “backpacks and other large items” that, as the periodic overhead announcement says, are “subject to random search”. This couldn’t be a glamorous posting, but these protectors of peace were greeting people with a smile and quick humor despite the sweat pouring down their faces.

“They should give you guys a fan” I quipped, pointing to an unused extension cord tacked to the wall near them for some ongoing construction. “Boy, wouldn’t that be nice”, one of them responded with a quick smile.

Being a cop is a difficult enough thing, and I don’t often interact with them but for a smile and a nod, but with the anger aimed at the police after several high profile deaths in the weeks prior I was particularly touched by the spirit and commitment of these three. They were probably putting their own health at risk in the heat to try to keep us safe. Two blocks away, and for very little money, I found a fan.

There were looks of surprise, wonder, and relief as I put it on their table and left with a “Thanks for all you do”. I gave it little thought until I received an email from one of the officers that evening, thanking me for my kindness. I thought I had left fast enough not to be identified. But it turns out I had on my work ID, and they had tracked me down.

Human nature serves us well at times. Our curiosity leads to discovery and the betterment of our quality of life, our longevity, and our health. I am writing this essay from a quiet commuter train and feeling thankful that I can live in the beautiful place that I do, work 50 miles away in a center of excellence and world-class innovation, and enjoy air conditioning along the way.

On the other hand, buying a fan for strangers is not my usual modus operandi. I volunteer with an EMS, but I am not one to give change to beggars. I hold the door for people, but am not likely to look up from my computer and ask someone if they want the seat by the window that I am blocking on the train. Fortunately, a strong society provides the safety for me to occasionally act generously, and helps prevent me from acting on my baser instincts. But here is where human nature also serves us poorly at times.

We have an innate suspicion and fear of anything or anyone unfamiliar to us, and are often resistant to changing how we feel after an initial impression. From this springs all of the characteristics for which we are less proud: bigotry, xenophobia, closemindedness, and intransigence and even anger in the face of data contradictory to our beliefs. We are often resistant to change and persist in behaviors and practices well after solid proof has been offered of a safer or more effective way to do things.

While these characteristics were likely beneficial in the formative years of the human race, our greatest invention of all, the larger society, often renders these instincts obsolete and detrimental. It is reflexive that we act on our biases and fears, so we desperately need to do a better job teaching ourselves to recognize the difference between beliefs and facts. (Mind you, there are so few true facts available in some cases that I have less hope for open-mindedness in politics than I do for science and medicine.)

I received a police benevolent association card in the mail a few days after my encounter with the police. These are not lightly given, and I will cherish its presence in my wallet. Some might think of PBA cards as a means to get out of trouble. But mine, instead, will be a talisman, a reminder to occasionally look around me for something to be more open to, someone to whom I can be more generous. You never know what will come of such acts. I found out later that, on the same day I bought that fan, five police officers had been murdered by a sniper in Dallas.