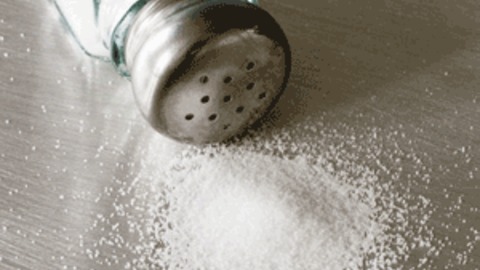 Salt. A new skirmish has begun in the battle over how much we should eat, which is only going to strengthen the ongoing war on science.

Scientific credibility is at an all-time low. Convincing the general public that medical research is not a conspiracy to sell snake oil to line the pockets of Big Pharma is a failing effort. But science is partly to blame. And the more we scientists and policy makers continue to act the way we have been, the more likely you will be harmed.

The National Academies of Science Engineering and Medicine (NASEM), at the behest of Congress, is convening a new panel to revamp the dietary recommendations for sodium (one of the key elements in salt).

Why should you care? Because the makeup of the currently proposed panel lacks the kind of balance required to make credible and scientifically sound decisions. Half the members of this panel have expressed strong predetermined opinions that run contrary to new scientific evidence.

When we continuously change guidelines, and then fight about them, we deliver the message that we don’t know what we are talking about. But, in a lot of important ways, hidden in all the noise, we do know a thing or two.

On the issue of salt, we have been giving the public the wrong message, or at least one that is ill informed.